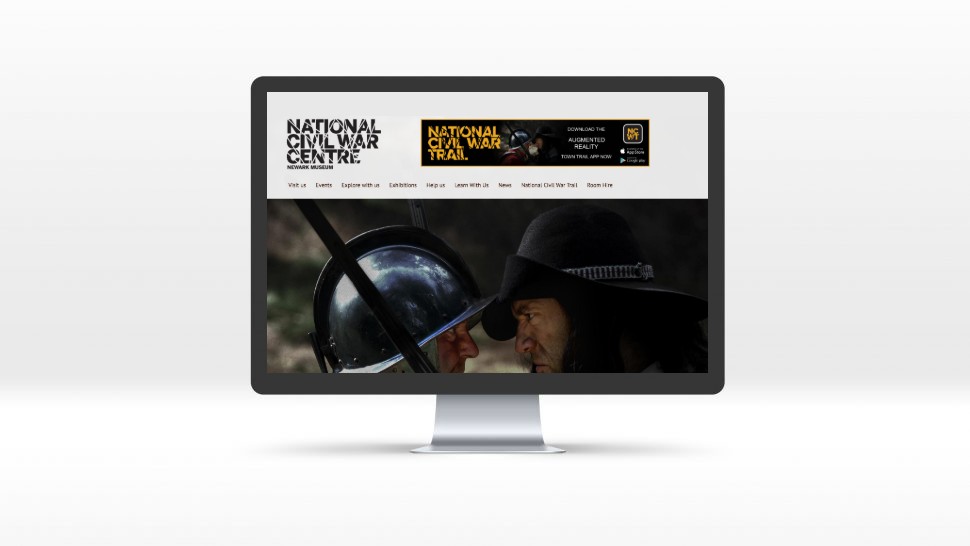 We have been working with Newark & Sherwood District Council to help them to promote the launch of the National Civil War Centre which opened in early 2015 and expects to attract over 60,000 visitors a year.

HeX Productions added a Twitter and Facebook feed to the site, as well as a number of drop down menus to easily find out what’s on at the museum, opening times, and other information people will need to find quickly and easily.

The British Civil Wars were fought across England, Scotland, Wales and Ireland from 1638 to 1652. Newark, held by the Royalists, played a major role, undergoing three sieges with the last of these in 1645-46 causing terrible suffering. Historians have gained a unique insight into the town’s experience with the discovery of a treasure trove of previously unexamined papers in local archives. Period invoices, petitions, accounts and records reveal how ordinary people coped with being caught in the cross-fire between Cavalier and Roundhead.