HeX Productions is Growing More Than Ever

Two new staff members, a brand-new city centre office, almost ten new web and maintenance clients and a turnover that is constantly growing. That’s what life has been like in the last six months here at HeX Productions.

Two new staff members, a brand-new city centre office, almost ten new web and maintenance clients and a turnover that is constantly growing. That’s what life has been like in the last six months here at HeX Productions.

Established officially only a short time ago, at HeX Productions, we have made a rise to become a respecteddigital agency in Nottingham, generating clients from large educational establishments to 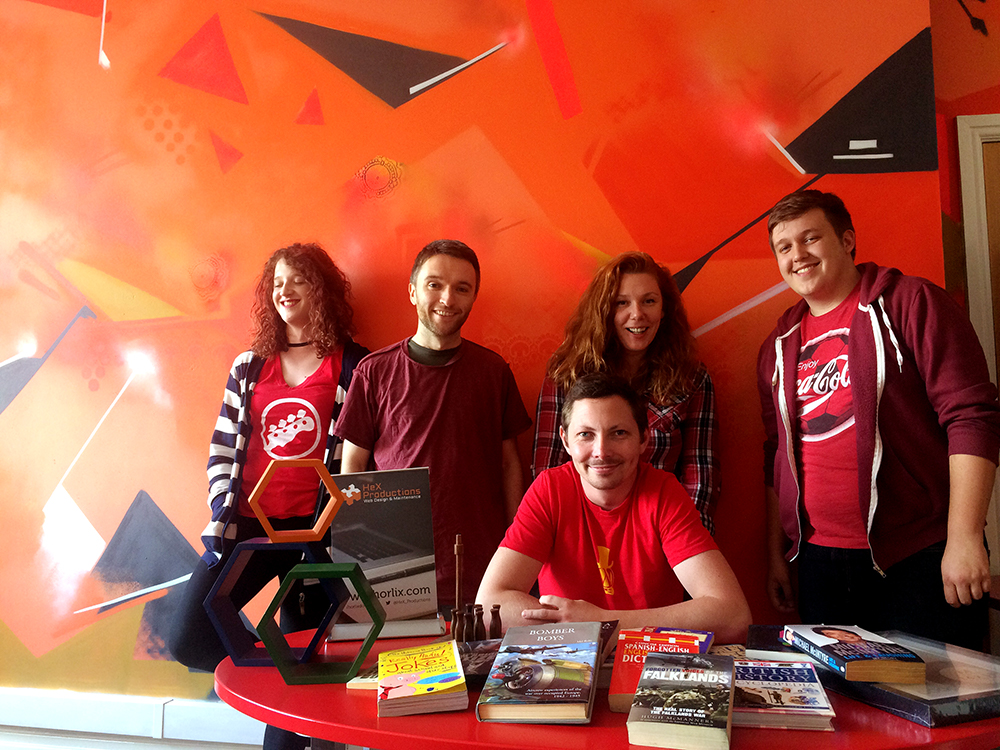 The business was originally founded in 2010 when Creative Director, James Hall was working as a web development officer at a local authority. In his spare time, James amassed a large number of clients through freelancing. In the end, James decided to leave his local authority job in 2014 and officially established HeX Productions.

Originally based in Ilkeston, we moved in late December 2016 to new office space in Nottingham City Centre, nearby to the Creative Quarter. Since the move, we have continually grown and supported an increase in clients.

Thanks to the 10-new web and maintenance clients that have come to the business, the workload needs to be distributed to more people. Therefore, as part of the growth, we are hiring a web developer to join the friendly and professional team on a part-time basis.

The team are also quickly running out of space, meaning a move to a larger work space could be on the cards in order to deal with the increased number of employees. We want to stay true to our roots however and stay in Nottingham in order to maintain the connectivity to surrounding and neighbouring cities as well as our local clients.

Being based in the city has done wonders for the business, propelling us from strength to strength. With another year of growth predicted, HeX Productions is looking forward to developing its services to match the customer’s needs and really spend the quality time and effort for each and every project.

If you want to be part of our growing team in Nottingham’s booming web industry. Send your CV and covering letter to careers@horlix.com or call us on 0115 888 2828.