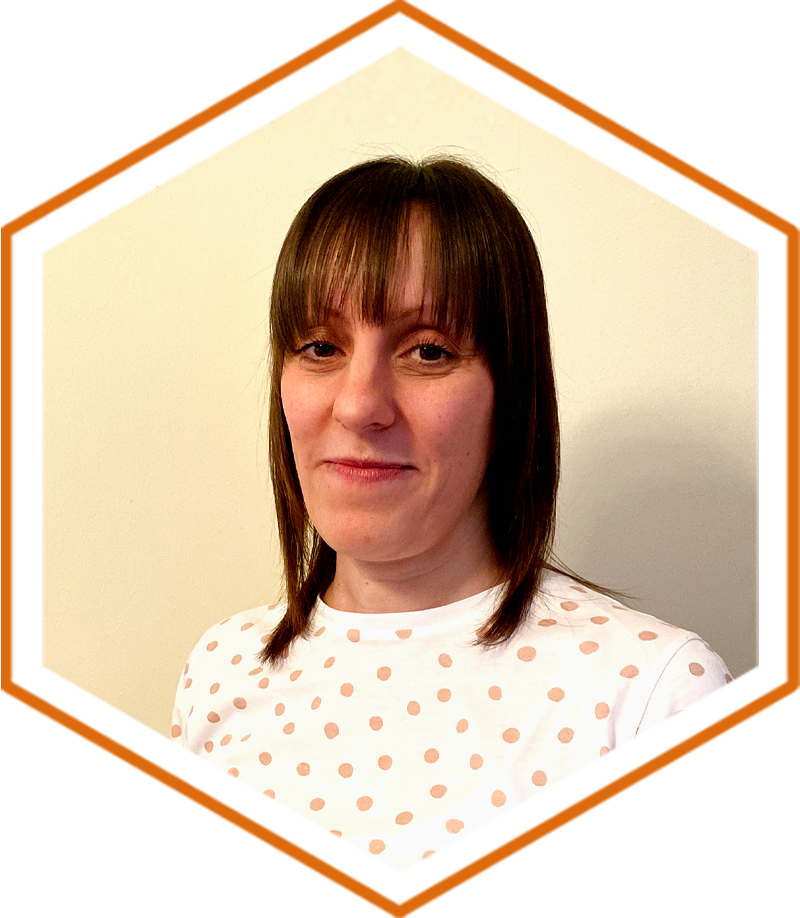 Emma is HeX’s delivery manager, making sure that our projects are planned, prioritised and delivered as efficiently as possible. Having worked in project management in the retail sector for ten years, her attention is now on delivering digital projects for HeX’s clients. Emma hates people being late or making a mess, and lives by the motto of not letting the little things get you down. If she could be anywhere in the world, she’d be enjoying large glass of wine whilst enjoying time with the family.

I’ve worked in the retail sector for nearly twenty years. Over the last ten, I have worked as a Project Manager for a large company in Nottingham. I worked on numerous projects, most recently delivering Christmas gift ranges, from planning stages through to development and production, to ensuring products get into store. I like to think I’m quite an organised person which is probably why I like to organise other people too!

What does your average day consist of (At HeX)?

An average day at HeX consists of supporting the team with projects, planning and prioritising workload and identifying obstacles to help the team overcome them.

What’s the favourite part of your job (At HeX)?

Opportunities to learn something new. I also enjoy working with such a close-knit team.

No one person in particular. I admire people who can be themselves and not pretend to be someone they’re not.

I’ve worked with many people in the past whose management style is to try to mould you into someone they want you to be. I could never understand why someone would want to change a person’s personality and push them out of their comfort zone.

I didn’t learn to drive until I was in my early 30’s. I was never interested. It didn’t actually take me long when I finally did start having lessons and now, I wonder why I didn’t do it ages ago!

It would depend on where it was from. If eating out or making at home I like it quite simple – maybe prosciutto, a few roasted tomatoes, olives and rocket. If it’s a takeaway, the more toppings the better but not too much meat, there is nothing worse than a soggy, greasy pizza base. I do like pineapple on a pizza (sorry to be controversial!) but absolutely no mushrooms!

My main two are mess and lateness. I seem to spend most days clearing up after my kids and it drives me insane. I often wonder if I just left mess to pile up would they clear it up, but I already know the answer to that so will continue picking up all the plastic toys and moaning about it! I hate people being late – it’s not hard to be on time. I’d rather be early than late.

Anywhere warm! I do love Greece, mainly for the food! I would also like to go back to the Maldives at some point – it was the most relaxing place I have ever been. I could be anywhere though – enjoying some time with my family, with a large glass of wine!

I don’t really have a motto, but don’t let the little things get you down – it’s not worth it.

Read some more of Emma's thoughts

There are one billion people around the world with some form of disability, making up around 15% of the global population. Many face barriers each day, isolating them from certain aspects of society. This unequal access can impact upon areas such as employment, education, transportation, and social participation. 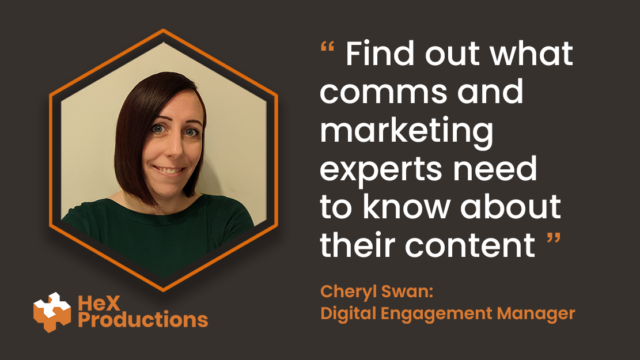 My accessibility journey: What I’ve learned as a communications professional

One year ago, I joined the HeX Productions team as their Digital Engagement Manager. I come with over 20 years experience in communications and marketing. So, you would think I would have known how to make my content accessible for all. I thought so too – but you would be wrong. This blog looks into what I’ve learned, so far, on my accessibility journey and ways that you can improve your content.