How Net Neutrality Can Affect Your Business

If you’ve been checking the news recently you’ll have seen three things mentioned at least once, the royal engagement, Donald Trump’s Twitter and net neutrality. Whilst the first two are self-explanatory, net neutrality still needs some light shedding on it for a lot of people.

What is net neutrality?

At its core, net neutrality is the term used to ensure that all websites are treated equally by service providers. Regardless of the relationship they might have with a website or service.

Removing net neutrality laws could result in the equivalent of roads charging you to go to a restaurant.

Will this affect the UK?

That’s a big question and the short answer is, no. However, I feel it’s important to mention that while net neutrality is not currently under threat in the UK, it very much is in America and if it’s revoked in America, there could be similar changes made in other countries. This in particular is worth noting for the UK given our recent decision to leave the EU as they’re responsible for the laws currently governing our own net neutrality and there’s no guarantee that they’ll be reinstated once the process of separation is complete.

Why do people want to get rid of net neutrality? 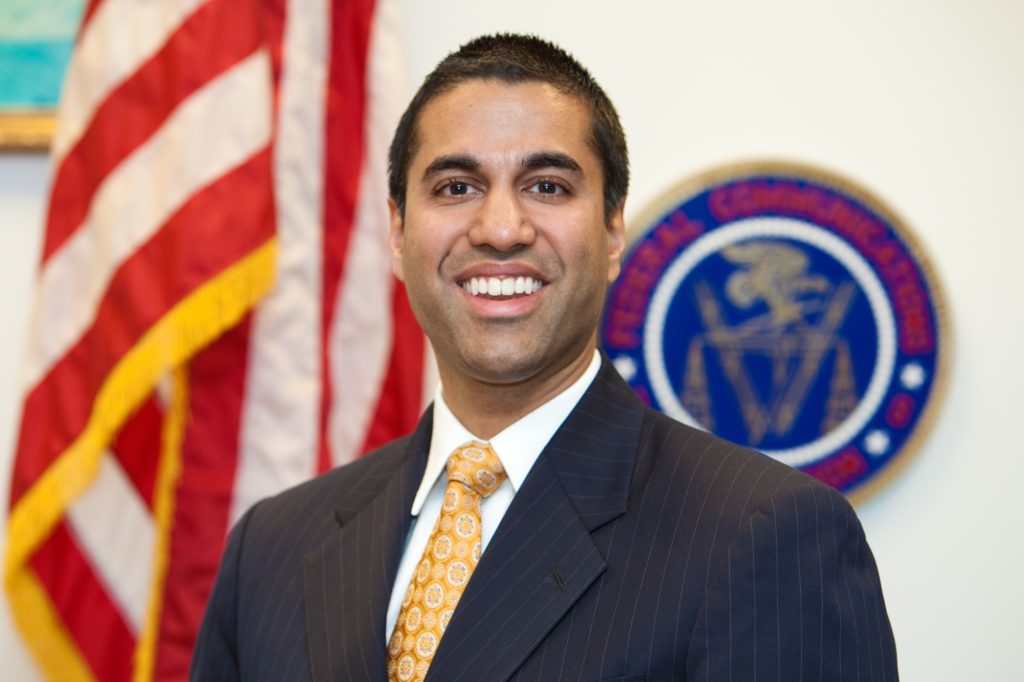 The vast majority of them don’t, however this is not decided through any kind of real election. Instead it will be voted on, on the 14th of December by a board of 5 people who lead the FCC in America, with the original proposal made by Ajit Pai (pictured), current chairman of the FCC and coincidentally former lawyer for Verizon Communications (one of America’s largest internet providers). Ajit is pushing for this change with the reasoning that net neutrality is causing people to pay for access to parts of the internet which they don’t use and that by breaking it up into specific packages people will be able to better tailor and choose their internet experience.

It is, unfortunately this is more opportunities for internet providers to exploit people rather than people having more choice with their products. This is because under its current form the plan to end net neutrality doesn’t put any kind of restriction on what it can charge for these services meaning that there’s no incentive for internet providers to not take advantage of this position and charge people exorbitant amounts of money for potentially a lesser service than they had before.

In his previous push to remove net neutrality in 2015 Ajit and the FCC proposed it as having an internet fast lane in addition to a standard connection which people would be able to pay extra for, the issue with this however that this would likely manifest itself in people using the standard speed having their internet slowed down to persuade them to pay for the faster option, a move which would have no repercussions for internet providers under the new laws.

How could this affect your business? 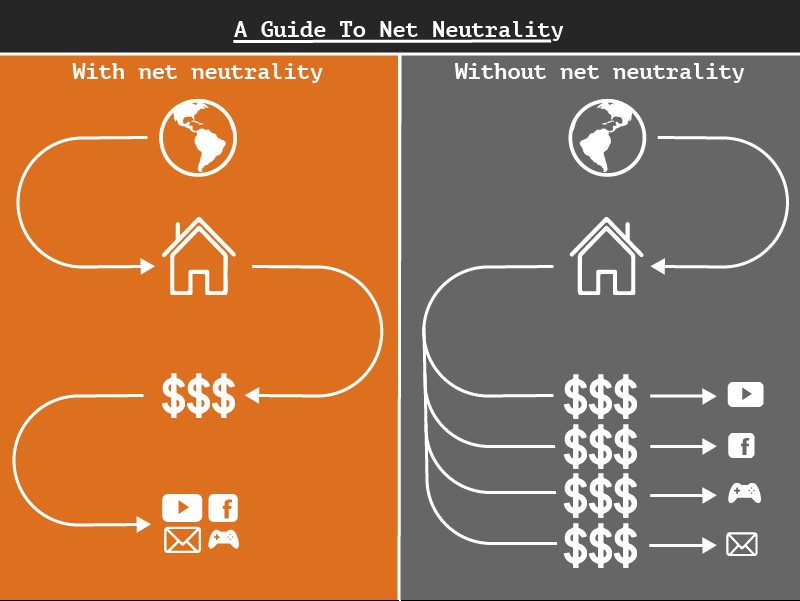 Well, like I said before we do currently have net neutrality in the UK and it’s not under threat, however, let’s for now imagine that the laws aren’t reinstated, and net neutrality is lost in the UK following Brexit.

One of the most immediate effects could be that people’s internet subscriptions would change, though this isn’t set in stone it does seem to be the entire point of removing net neutrality laws in the first place. These new subscriptions would likely offer different content such as a subscription based around video streaming services, online gaming, social media or even just use of specific sites. For someone who uses the internet for a range of things this would likely end up massively increasing their monthly cost to achieve the same services. Further changes could include internet providers stifling their competition by removing service to their websites all together.

For businesses operating in a country with no net neutrality laws there could be some serious differences and obstacles. An example of this would be that companies could have to start paying internet providers extra to ensure that their websites don’t get a reduced service, though this likely wouldn’t affect larger companies who have more spending power it would, in my opinion, only continue the monopolisation which already existing services have. This could have a huge effect on business’ starting up and on web development as an industry, websites which were previously inexpensive to make could now cost extra to ensure that they actually receive the proper bandwidth to work or to ensure that they aren’t simply let go of by providers to reduce competition.

How can I fight this?

If you’re based in the UK there’s really not too much you can do, however I urge everybody to join the petition over at https://www.battleforthenet.com/ to make your voice heard on the matter!

The removal of net neutrality laws is now a more present risk than ever before, and although it currently only effects America there will be lasting and widespread consequences if they do decide to revoke it. The choice to abandon net neutrality is a thoroughly anti-consumer and anti-small business move, it only serves to give more power to internet service providers who in many cases (particularly in America) have complete monopoly over certain regions anyway and offer no real alternative and actively work to stifle any competition.

The way it’s been proposed by the chairman of the FCC seems underhanded and dishonest through their attempt to sneak it under the radar during one of the busiest times of year. In addition to this with our recent change in political situation and newfound uncertainty in the future laws of the UK it’s something worth keeping an eye on as time goes on.